Vaporization is the process of heating the herbs and herbs without burning them, which is a much smaller burden on the lungs, which do not have to deal with the caustic smoke and the smell of burning. Even so, in some people, the body reacts by coughing that is sudden and prolonged or short-lived, which is effective in reducing the joy of vaping. Fortunately, there are solutions that soothe the lungs and make vaporization much more pleasant, less burdensome and harmful to the body, and at the same time much healthier. Vaporization differs from traditional smoking in that a high temperature is used to extract the aroma from herbs or herbs, on the border of smoking (about 220 degrees Celsius). The result is water vapor, which should not have negative effects on the body. The vapor is free of tar and many toxins resulting from the burning of herbs, which, apart from the aroma, also release by-products in the form of corrosive smoke.

For vaporization, vaporizers are used, i.e. small devices that heat up the herbs using the conduction, convection technique.or hybrid. Conductive technology is based on heating the walls to high temperature, which warms the leaves in direct contact with them. In the convection technique, the warm air inside the vaporizer is responsible for the warming up of the herbs, and in the hybrid version, both technologies are used, which has by far the most advantages. Vaporizers are also portable and stationary. Portable versions are characterized by small external dimensions and, at the same time, low weight, but at the cost of smaller internal capacity. Stationary models are much larger and more efficient, but they will not work well when traveling.

Warm up - a step that is often overlooked

If you work out in the gym and aim for the best possible results, you certainly know how important a warm-up is. It reduces muscle fatigue, increases blood flow, and also accustoms the body to greater effort. It's the same with vaporization. During normal functioning, the lungs are not completely filled with each inhalation, it would be burdensome and completely unnecessary from a biological point of view. It is worth spending a minimum of several seconds to properly stretch your lungs and get them used to subsequent deep breaths. To do this, take a few breaths before you draw steam from the mouthpiece for the first time, while maintaining the correct technique. Remember - don't do thistoo fast. Many people may take this point too literally and hyperventilate their body. It is about getting your lungs accustomed to taking deep breaths and filling them all the way with fresh air.

Many beginner vaping enthusiasts try to overdo it, and as a result they take too much breath to achieve the full effect of the active substances contained in herbs. If your body reacts with a sudden and violent cough, reduce the amount of steam in favor of more air. Put the mouthpiece to your mouth and draw out the steam, filling about 50% of your lungs with it, and “top up” the rest with regular air. Thanks to this, you can dilute the excessively irritating and accumulated steam, thanks to which you will be able to accustom your body to it gradually, increasing the ratio of steam to air.

Vaporization at too high a temperature

Vaping is about heating herbs to a temperature of 220 degrees Celsius and then it makes the most sense, but the effect of such hot steam can be irritating, especially for beginners. An excellent solution is to reduce the vaporization temperature to around 200 degrees Celsius, which is usually enough to solve the problem of sudden and violent coughing. An interesting solution is also the slowing down of the steam drawing process - then its temperature drops significantlynot in the mouth or throat, before it has even entered the lungs. That is why we remind you once again - rush in vaping is inadvisable and causes difficulties even for people who have been dealing with it for many years. Nothing works for the lungs as well as still water. It moisturizes the upper respiratory tract and significantly reduces the irritation caused by inhaling hot water vapor. Always carry a bottle of still mineral water with you when you vape, or at least in the first stages of your interest in this activity, which greatly reduces any discomfort. Carbonated or flavored water is much less effective. They can negatively affect the irritated respiratory system and increase thirst. 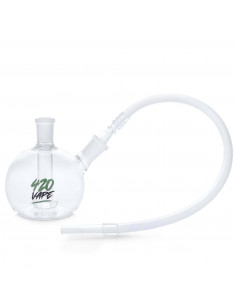 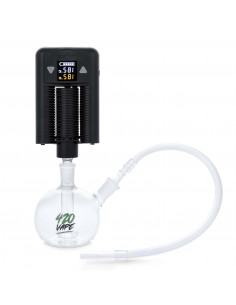 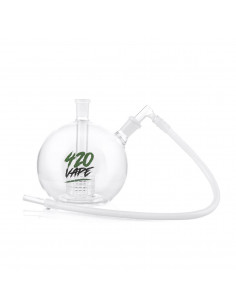 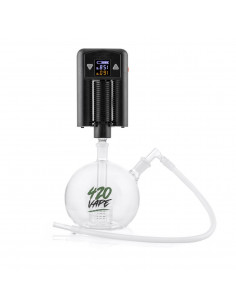 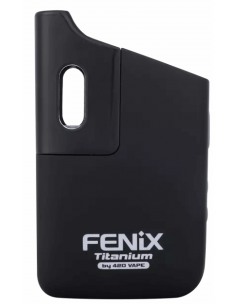 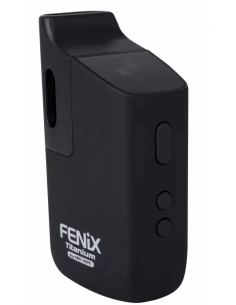 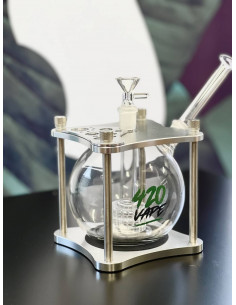 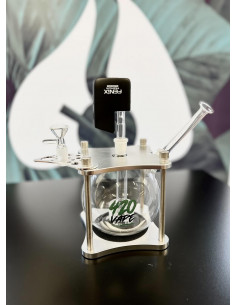